If someone want to know whether some compounds exist in certain samples. He always need to make pretreatment for that samples and make them into a little vial for analysis in sophisticated instruments like mass spectrum. If you want to analysis many components in one sample, you also need some separation methods like gas/liquid chromatography. How about analysis multiple samples and multiple compounds in a single run?

If you use LC/GC-MS to analysis samples, all the efforts for high-throughput would be limited at the injection step. You could arrange 96-well plate for analysis. But wait, ONE BY ONE. If some short-live compound could survive in the pre-treatment, they would disappear in the auto-sampler.

Back to Mass Spectrum

Actually, similar issue happened when we perform Multiple Reaction Monitoring(MRM) to collect the intensities from different ions. If the detector could only measure one ion at one time, mass spectrum simply use a high frequency scan like 50ms or 20ms for one ion and re-construct the time profile by smooth the points into a line. To my knowledge, 15 points would fit a bell curve well for one peak with smooth. OK, if the peak width is 15s, for each ion we only need 1 scan per second as shown below. OK, that means if our instrument could reach 10ms per scan per ion, we could monitor 100 ions at the same time. 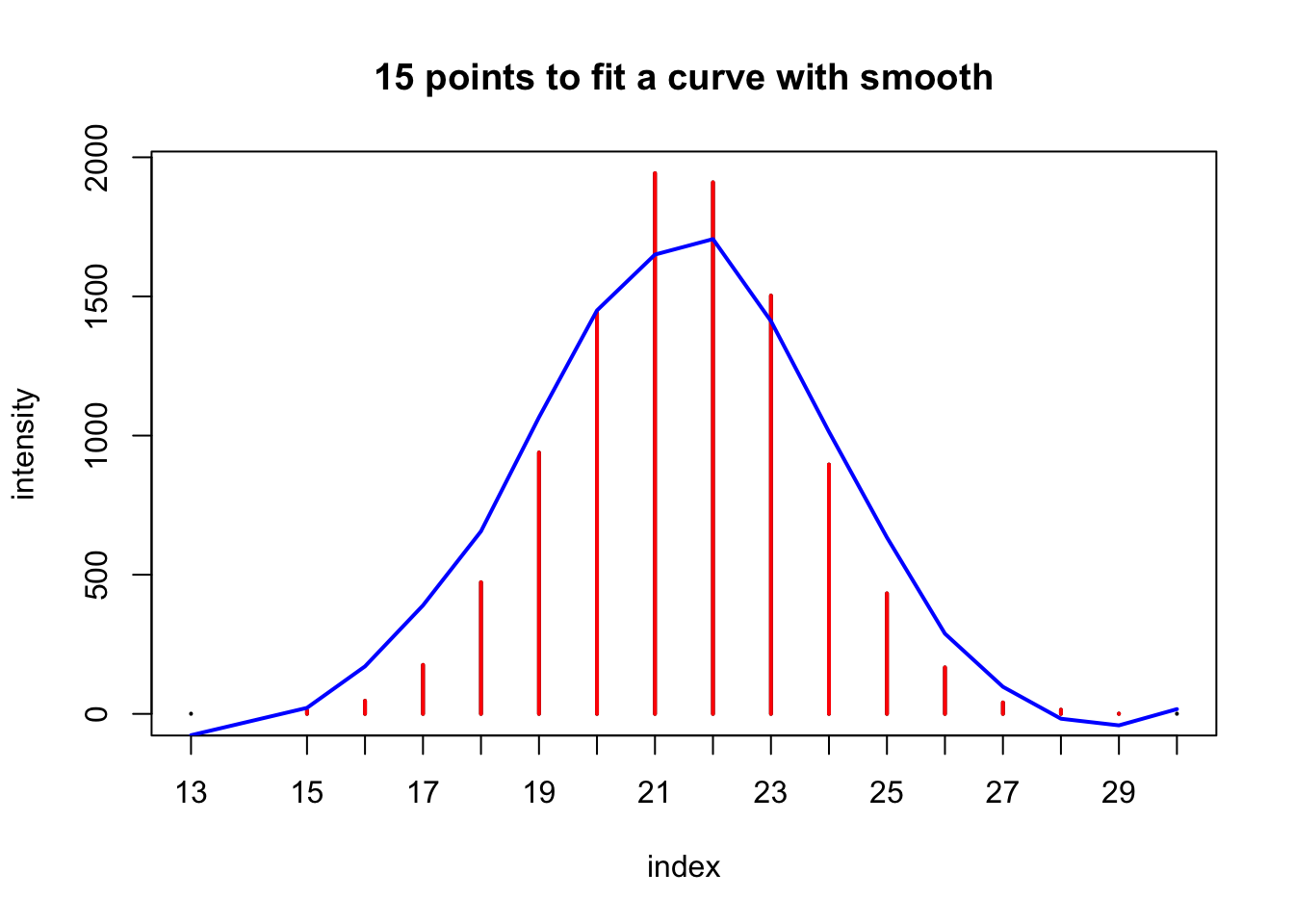 Then how about full scan, some detectors like orbitrap and tof-tof could monitor a full scan for all ions at almost the same time. Common high resolution mass spectrum could collect more than 10 spectrum per second. If the compounds could show peaks’ width larger than 15s, we could actually collect 10 spectrum from different samples, which is the real high-throughput.

All we need to do is to synchronize the injection and mass spectrum scan. I have three options:

In this solution, we injected 6 samples at the same time. The column should be the same. Then when the samples reach MS part, they were arranged into one sequence. All we need to do is to ensure every six full scan on the mass spectrum could meet six identity sample from the LC/GC part. Then MS could collect and rebuilt six samples’ retention time - mass profile and output six data set for those samples.

In this way, we need some controls on pumps to on/off when one channel’s sample get into MS for full scan. Or we could have cells to guide the samples into the slit before the lens. This option is better to avoid the cross contamination. However, we need re-design the MS ion source for multiple channels.

In this way, you do not need to modify your current instruments. All you need to do is the injection of the samples by sequence without considering the full separation in former sample. However, you need a lot of efforts to deconvolution. Since it’s the same column, the separation for most ions should be same. You could build a model to capture such patterns and separate the samples by those patterns. In such way, the batch effects could be minimized. However, the requirements for data mining are maximization. I like this way.

I think in the near future we would find the real high-throughput LC/GC-MS. Those devices would short the analysis time between sample collection and data acquisition. MS-based scientists could reach more interesting findings with REAL high-throughput.